Woke to a warm, muggy but rainy Austin on Wednesday morning. However, the skies cleared around 10am and I was set for day 2 at SXSW. 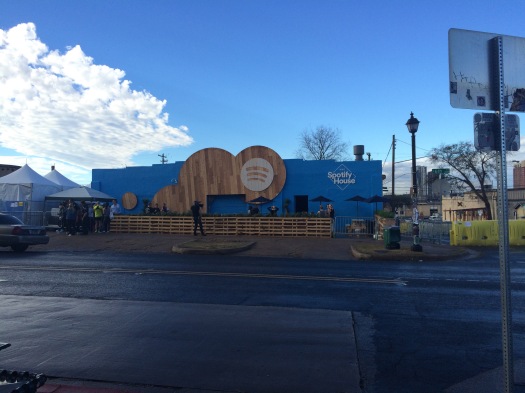 Deciding that I needed to venture into new neigbourhoods and nooks and crannies of the festival/city, I headed under the bustling I35 overpass to the Eastside of Downtown Austin.  This is a vibrant but gentrified ‘cool’ area of Austin. My host explained that the streets were crime riddled just 10 years ago and that they were places to avoid.  It’s here I passed the Spotify House, which had sizeable queues an hour ahead of its opening, on my way to a arty barbers shop called Birds to tidy up my bonce. 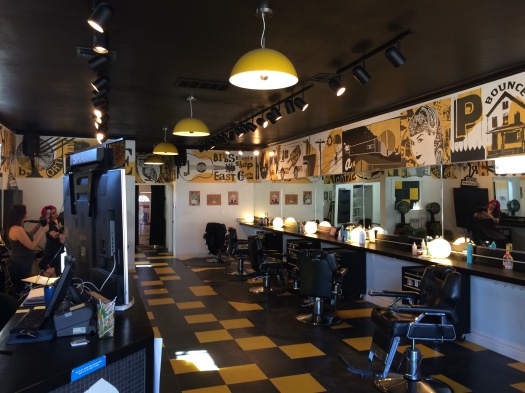 After scanning the neighbourhood and grabbing some breakfast at a wee place called the Bee Grocery I recrossed the I35 and headed back into town and to the usual meeting point, the British Music Exchange.

It was here we had the first networking session of the day, bagels, fruits and drinks put on by the UKTI in an attempt to lure in international delegates and get UK delegates talking business.

After the session I checked out the trade show at the Austin Convention Centre.  A gigantic space full of stands by tech companies, with cities such as Chicago represented and countries including Sweden, Ireland and the UK amongst others. There was even a stand from the North American Space Agency (NASA).  After geeking out and learning about current space programs and the International Space Station I decided to head to my first gig of the day. Passing the Spanish and Canadian BBQ parties in Bush Square I headed out down on South Congress over the Colorado River in search of the St Vincent De Paul thrift store. After passing a hippy shack Toms, a store serving their newly branded coffee with bluegrass players plucking away outside, it I found it.

It was here in a parking lot in the mid day Texan heat that I found Kristin Diable and her band ‘The City’.  Listen To This had played host to Kristin when she visited Wales in 2013 as a part of her European tour. So I was super intrigued to hear the full band set up.  In Austin, as part of a month long tour promoting her new record ‘Create Your Own Mythology’, Kristin is playing 5 showcases throughout the week.  Kristin cruised through a set of music off her new record, material that is her strongest to date backed by a very accomplished band of musicians.  There were folks dotted all over the parking lot lounging on misplaced sofas.  Songs like ‘Time Will Wait’ got people up off the sofas dancing.  Other set highlights for me from the New Orlean songstress were ‘I’ll Make Time For You’ and ‘I know a man’, both delivered in superb style and with elegance and eloquence.  http://www.kristindiable.com 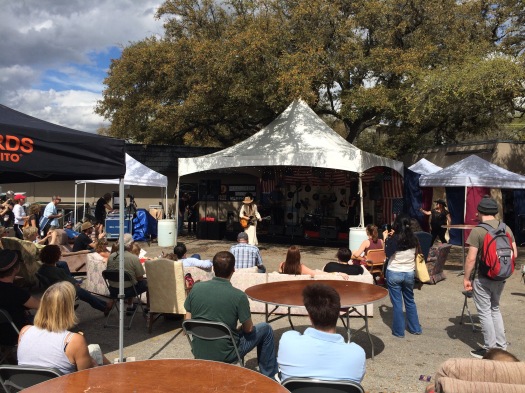 After a brief catch up with Kristin I headed back across the Colarado River and on to the BME where British Rock was being showcased, catching the tail end of Mallory Knox and Blitz Kidz. It’s here I met with their management and touring crew, after a meet was set up by my colleague and partner in crime at Listen To This, Richard Dyke. Rich has been out on the road touring with Mallory extensively over the past few years. 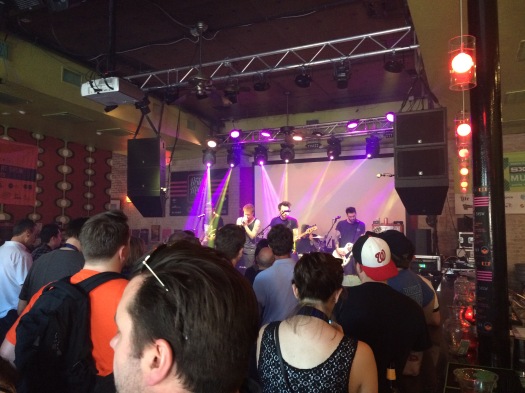 At the Rock Exchange I met up with BBC Radio Wales presenter, Horizons project leader and all round new music champion, Bethan Elfyn.  Beth has been in town working the Horizons project hard, setting up opportunities for the new acts and promoting those who’ve just graduated. We decided to accompany one of those acts, The People The Poet, down to the river to film an interview for their tour diary and maybe catch some bats which are known to inhabitate the aptly coined ‘bat bridge’. 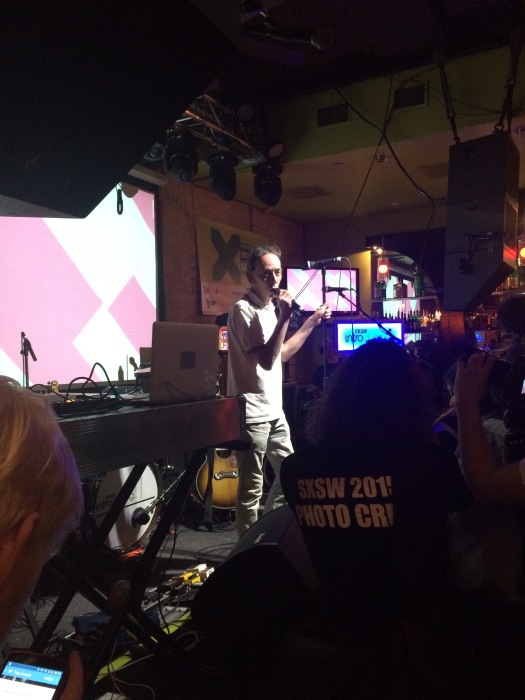 Later that evening we headed to the BBC Introducing showcase curated and compared by 6 music presenter Steve Lamacq.  A strong line up kicked off by psychedelic rockers ‘Blossoms’ followed by ‘Gengahr’ and then a very special performance by Northern Ireland’s ‘SOAK’.  What was as impressive as Soak’s performance which included a sublime cover of Bonnie Raitt’s ‘I Can’t Make You Love Me’ was that Steve Lamacq had managed to introduce the artist in such a way as to keep the 400 strong room silent, respectful and attentive throughout the entirety of the SOAK set. It was definitely a festival highlight for me, a very special moment. 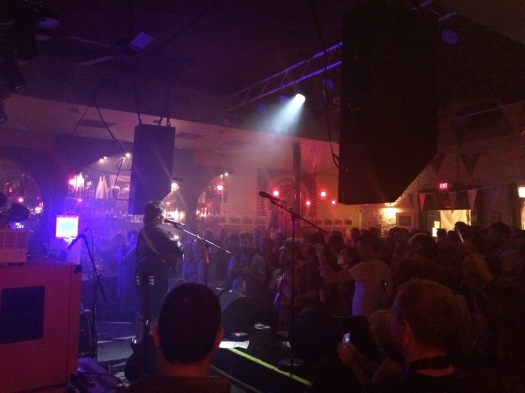 So that about sums up day two. See you tomorrow. Thanks for reading.