Tip: do your research… and cross your fingers!

This time last year we were gearing up for one of the biggest opportunities in our client  Dan Bettridge‘s career: South by Southwest Festival in Austin, Texas. An exciting time for Dan, who had pricked the ears of international publishers and record labels and was set to showcase at the festival in March 2017.

His debut album was in the process of being mixed, meetings were booked in, interviews and live sessions scheduled, and we had just secured a PRS Foundation’s International Showcase Fund grant to cover the majority of the costs of the trip.

Little did we know, the visit was to come to a devastating halt. Just a few days before he was due to fly Dan received an e-mail from US Customs and Border Control stating that his ESTA* had been revoked, with no explanation, and that he would need to apply for a visa to be permitted entry into the US to showcase at the festival in under a week’s time.

Panic struck – this was a serious set-back for us.

Dan’s passport was valid until 2019 and his ESTA was valid until October 2017 (active from previous showcases in New York for CMJ Music Marathon in 2015).  We made certain Dan was performing all official showcases.  We had no idea why it had suddenly been revoked.

I distinctly remember this being one of the most stressful weeks of the year. We contacted everyone we knew involved in supporting Dan’s showcases at SXSW: the programming team and visa specialist at the festival, PRS Foundation, Musician’s Union, Wales Arts International, Welsh Government, British Underground, Tamzidat and Viva La Visa.

“We continue to try to get to the bottom of this and find out exactly why this mess occurred. One thing is clear at the moment: the option to go under an ESTA is unreliable.” – Dave Webster, Musican’s Union 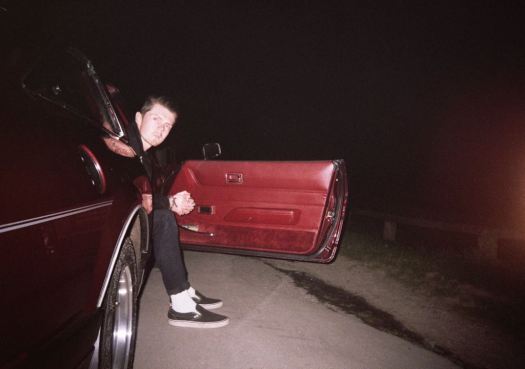 Despite everyone’s efforts, this was clearly not going to be easy to solve.  We contacted Homeland Security direct; however, they weren’t able to disclose the reason for this. I stated “Dan has no criminal convictions, hasn’t been to any of the countries in the travel ban, hasn’t breached his South By Southwest performance contract or accepted any paid shows in the US”. The border control officer’s reply was, “then it must be something else.” and we were told he had to apply for a B1 Visa; however; with no expedited appointments at the US Embassy until Wednesday, March 15, it was too late.

Trump had recently come into administration and we were being asked if this was related to politics – Could the US Border Control have run inspections on the international performing artists at South by Southwest? Had Dan implied his political beliefs across social media? Had he traveled to any of the countries on the ‘ban list’?

In the days that followed, it became apparent Dan Bettridge was not the only artist to be declined entry into the US to perform at South By Southwest. Soviet Soviet from Italy and the London-based drummer Yussef Kamaal — were denied entry into the country after their B-1 visitor visas were rejected. Members of Soviet Soviet were arrested at Seattle-Tacoma International Airport, detained over night in jail cells and deported back to Italy the following day.

Artists who enter the America for a tour must obtain a performance visa (P-1); however, artists performing for free at showcase events such as South by Southwest have previously been permitted on an ESTA or a B-1 visitor visa. Customs officials have recently advised that a B-1 is “appropriate when bands will be engaged only in showcasing at SXSW” because “it is not labor for hire; rather, it involves unpaid demonstrations of skills that include composition, practice and performances.”

“We have seen quite a few estas being revoked and people being refused entry to the US. Although most of them are performers who are are playing non official showcases not all are. CBP have now issued an ‘advisory’ stating that ‘most performers at SXSW will require P1 visas’. We are now advising anyone performing in the US for any purpose to get a work visa.” – Andy Corrigan, Viva La Visa

Despite Dan not being able to showcase at the festival, his management team managed to gain some wins from the SXSW mission through connections made during our visit, making some light of a negative situation.

Perhaps a blessing in disguise for us? Dan’s news traveled fast among artists concerned for their own entry, and the case became a talking point for industry professionals and delegates. It even made national press via WalesOnline (read here).

A year on and Dan Bettridge has been continuing to flourish in the UK music scene. Following tastemaker acclaim for his 2017 single releases ‘Heavenly Father’ and ‘Blame’ from CLASH, The Line of Best Fit and Demur amongst others; Dan is now set to release his debut album in Spring 2018 via Listen To This Records and The Orchard.

We’re thrilled that Dan has been invited back to showcase at South By Southwest in March 2018 and is being supported by PRS Foundation‘s International Showcase Fund, with support from Wales Arts International. The future is looking brighter for Bettridge, with their help. With his visa granted, Dan is hoping to woo the festival goers and music industry delegates out in Texas and couldn’t be more ready to embrace this opportunity that we’re thankful has been awarded to him (twice). 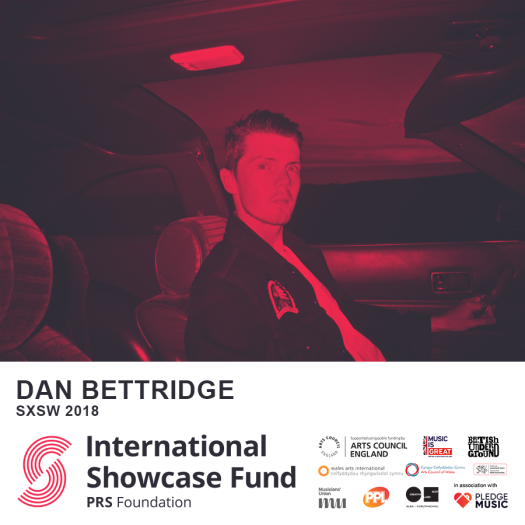 It’s a precarious time for artists wishing to pursue a career in music internationally. With a P1 work visa costing thousands of pounds, it isn’t viable for independent artists to cough up this amount for what will likely end in a loss, realistically (we’re talking a first US tour).  Seek out the advice of the festival you’ve been invited to showcase at, speak to the Musician’s Union (sign up here) and funding bodies, such as PRS Foundation, for best practice.

You must also ensure you have a printed copy of your performance agreement, your accommodation address, financial support, showcase advancing information – the more information to hand the better prepared you’ll be if questioned at the border.

I believe more work needs to be done at a government level to ensure artists awarded with opportunities such as this one to be supported, not only financially but intellectually. The lines are too blurred – we need clear advice and procedures for our musicians.

*ESTA Waiver Program is a U.S. government program that enables citizens and nationals from the Visa Waiver Countries to enter the United States for tourism or business purposes for up to 90 days without obtaining a visa.

Apply for  B1 Visa here:
Step 1: Fill out your DS-160 https://ceac.state.gov/genniv/
Step 2: Click continue and book your interview https://ais.usvisa-info.com/en-gb/iv

Written by Charlotte Final, Listen To This